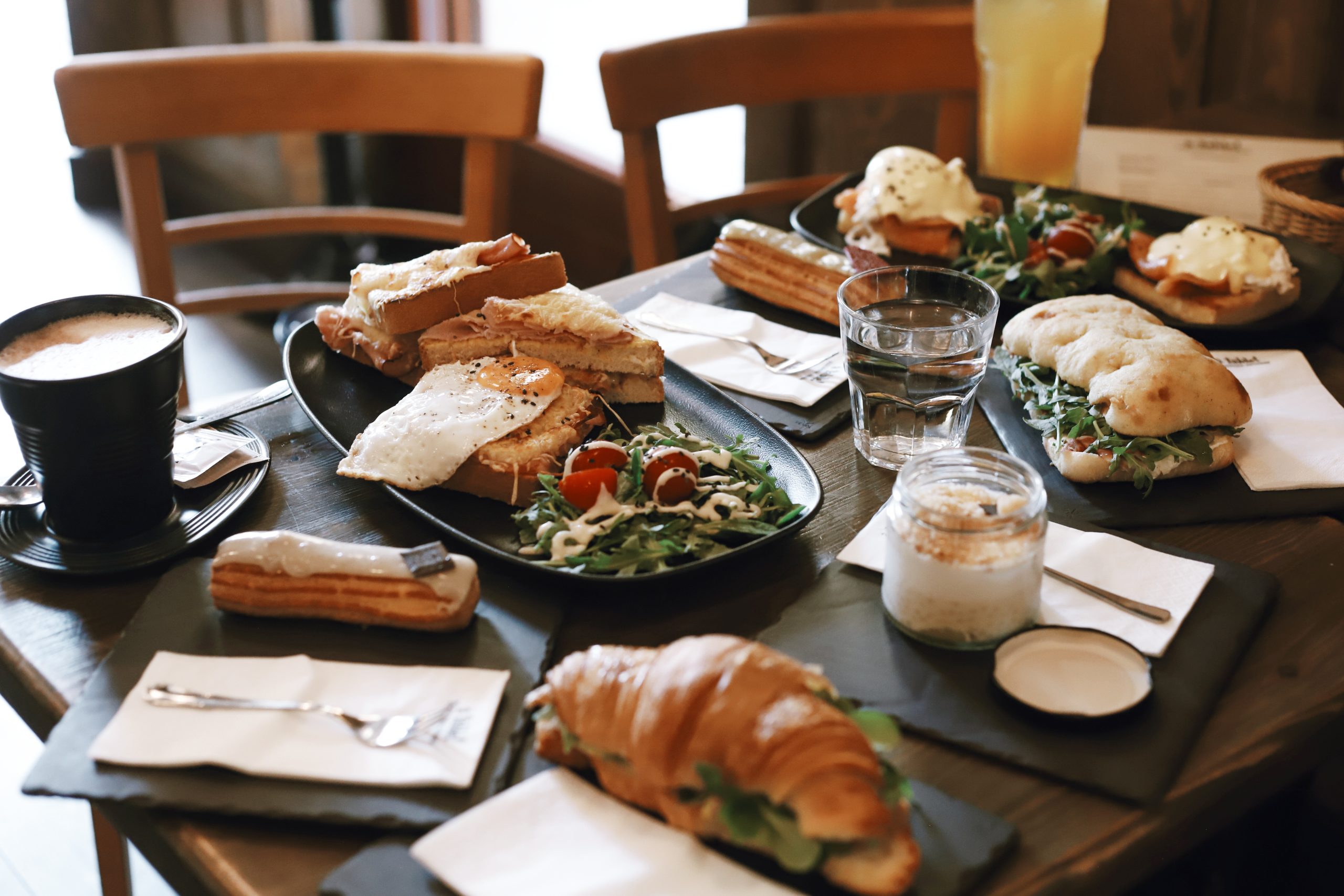 Discover the unadulterated flavors of France: original pastries, breads and desserts that perfectly represent the specialty of French gastronomy.

The à table! boulangerie – pâtisserie is one of Budapest’s most defining breakfast place, which store’s story began in Retek Street, next to Fény Street Market. The first bakery opened its doors in the spring of 2011, which gained a huge popularity – the key to this was the quality ingredients imported straight from France. The original ingredients and recipes undoubtedly resulted that the à table! pastry store was ranked among the best breakfast places in Budapest.
The founders quickly recognized the success and popularity of the store, so in the coming years they opened stores in several locations in Budapest, thereby popularizing the values they represent.
They now have 14 stores in Budapest and around the capital, where we can taste the same French dishes with minimal differences on the menu.

During our last visit we discovered the store on Balzac Street in the XIII. district. The style and the decoration of the place itself enchanted us, and by getting closer to the counter, we were also struck by the smell of freshly baked goods. The founders have successfully achieved their goal, the design of the business premises truly reflects the atmosphere of a French bakery.

At à table! in addition to its fresh baked goods, the all-day breakfast delicacies play the main role!

The breakfast menu may include many familiar dishes for those who have already been to France or are familiar with authentic French gastronomy. In order to have a real French experience in Budapest, most of the ingredients are imported directly from France.

Quality ingredients and original recipes have resulted a high quality offering.
There are many options on the menu, whether it’s a light salad, a sweet breakfast, or a delicious sandwich made from tartine bread. During our last visit, we also tried a well-known dish, the Croque Madame, which was made truly special by the harmony of creamy bechamel, Emmental cheese and cotto ham.

At the beginning of the summer season, several Ligne du métro parisien sandwiches also debuted, which can easily form the basis of the best breakfasts. Excellent ingredients such as mangalica ham, mortadella, pepper salami, stracchino, gruyère cheese, pistachios, or truffles were also used in these sandwiches. And all of this achieves the perfect harmony of flavors by using a crispy flatbread.

In addition to sandwiches, there are also new desserts: à table is introduced! eclair donuts.

The word eclair originally means sparkle, flash, which is perfectly represented by the thin glaze applied to the donut dough. Just like in the case of other doughnuts, the base of the eclair donuts are determined by the high-quality base dough, which à table!’s craftsmanship takes to a higher level, resulting an elegant look. Currently, these burnt dough donuts are available in three special flavors: Madagascar vanilla, pistachio-cherry and dark chocolate cream flavored with tonka beans.

In addition to the eclair doughnuts, you can choose from countless desserts either for takeaway or for on-site consumption with a nice coffee.

The à table! boulangerie – pâtisserie has achieved a worthy place among the best breakfast places in Budapest, which we can wholeheartedly recommend to anyone who would like to get to know the world of French breakfasts or who would like to relive the experience of their trip to France.